“At the same time, a leak point equivalent to 1mm diameter will cause a loss of Rs. 7315 in a year as also amounts to 361 KgCO emissions”.

SMC India has identified & developed an energy-saving program that focuses on key areas in a factory where energy loss can be reduced.

SMC shares its social responsibility by contributing through the manufacturing of environment-friendly products. Our products are designed to reduce the energy consumption in various forms, thereby indirectly reducing the pollutants released into the environment. 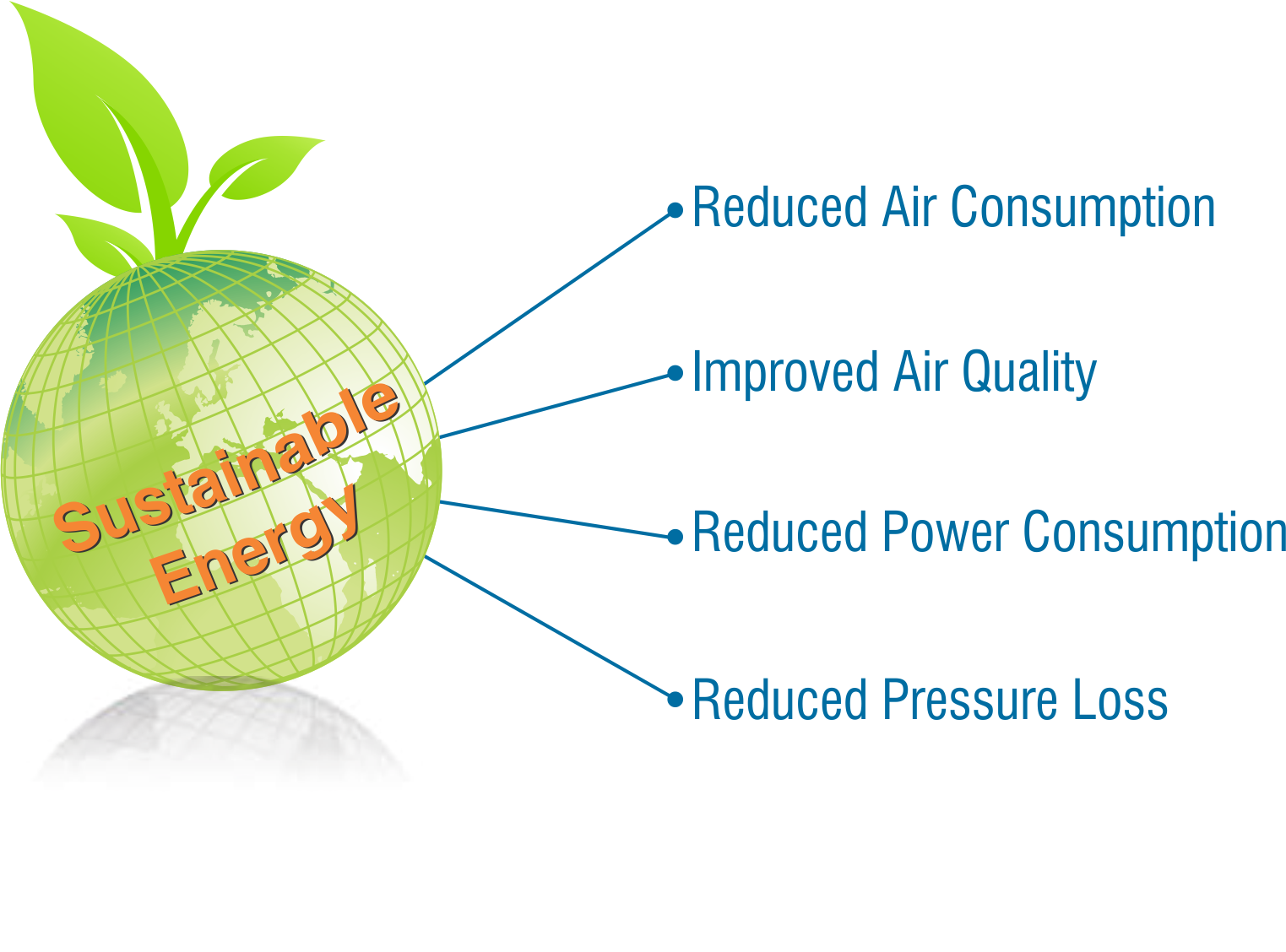